Posted on June 6, 2013 by sleepless in turtle island

This blog will no longer be updated, although I may check it from time to time in case someone makes a comment.  Check out the new and improved blog at:

Except better quality writing.  Less ranting.  Less Biblical quotes, since I consider myself a Freethinker now, an independent free agent, unattached to any one religion or philosophy.  And yet, still the same Anti-Matrix, contrarian thinking.

No more Dimitri.  I may miss him sometimes.  We had a good run.

Rebel for a cause

PS – Connect with me at

Like Loading...
Posted in Wise Advice - Although I'm Not Too Wise | Tagged adieu, end of blog, farwell, so long y'all, start of new | Leave a comment

Christianity: the Religion that Made a Mockery of Jesus

Posted on May 8, 2013 by sleepless in turtle island

Here is an email I sent to a few friends.
Response to the following website, re: Christians on a Reservation: http://notesfromthemadabstractdark.wordpress.com/2013/02/21/the-failure-of-christian-groups-and-non-profits-on-pine-ridge-reservation/.  Hmmm, I have an agnostic friend who actively helps down-and-out people in my town, and he calls the social service agencies “poverty pimps.”  It seems that many Christian charities could fit into this category:
“First you enslave people, then you save them.”
The Wordpress blog mentioned above shows one more reason why I’m anti-church but pro-Jesus, the true Messiah who fought the ruling class of His day and uplifted the poor and needy.
If Yeshua (Jesus) were here in the flesh now, He would be stomach-sick at looking at how people who claim His name treat others.  Most often, Jesus is a brand name used to take advantage of others, including First Nations in Canada and indigenous people world-wide.
When I went with a group of Chinese Christians from Vancouver to a First Nations reserve to the north, and saw a fellow who was in a rundown cabin protecting the entrance to the place where some rich people want to build a new ski hill, he said: “Jesus, that a**hole!” This was because he had been sodomised by a Catholic priest as a 7 year old boy.
His words reverberate in my brain until today: “Jesus, that a**hole!”  I had never heard these two words together in one sentence.  It shocked me to the core of my being.  And if I were him, maybe I would be using even stronger adjectives to decribe the religion of my oppressor.
A couple years later, another First Nations man on Vancouver’s Water Street, in Gastown, was carving masks for the public.  In a conversation, he mentioned to me:

“Wherever white man has gone, he has brought destruction.”

This sentence also has been burning in my brain ever since I heard it.
And often it’s not the skin colour but the ideology of this “master race” that is so dangerous.
First Rome, then the other European Empires took Jesus’ faith and twisted it into the Groupthink of Empire.  They invented many co-existing ideologies such as Evolution, Survival of the Fittest, Marxism, capitalism, globalisation, etc, but in the end they were all the same: “Spread out, have dominion over the earth.”  Not only over plants and animals, but over other humans they deemed inferior.  Including BC’s original imported cheap labour: the Chinese railway workers, the Japanese salmon cannery workers, the Hawaiian loggers, etc.
It breaks my heart to see a religion of what I previously perceived to be salvation and freedom to be the greatest tool used in oppressing others worldwide.  First used by Europeans, now used by capitalists of every ethnicity.  The Kingdom of God and the worship of Mammon combined to make a perverse, twisted religion of control.
If I were First Nation, I would stay clear of the religion of my oppressors.  And their capitalism (including the false prophet, Calvin Helin, the FN man who grew up in a white family and figured out how to use his early childhood background to make lots of cold, hard cash).
I even challenge Chinese and Koreans here in the Greater Vancouver region, many of whom have converted to Christianity and started going to church:

“Are you into this because you are disoriented in a new country, and crave community?
Is this just a fad to you?
Do you think this Western religion is really going to meet your needs, and find for you the ‘true life’?”
That is, are you believing this simply to gain an advantage?”

I’m sure Jesus is pissed off that people are using His faith like this.  I would be too.  His faith was always meant to be the philosophy and ethos of a small minority of devoted people who loved the poor and opposed Empire, in whatever form it shaped itself.  But instead, Empire has taken over the faith and used it for His purposes.
From the age of 13, I committed myself to the “Real Deal”.  Unfortunately, I got bought off and caught up in this System for 30 years.  When I started looking at the world through indigenous eyes, I decided to take a stand against Empire and this bastardised religion, with all the other forms of oppressive ideologies (Social Darwinism, capitalism liberalism, etc).  It’s not as comfortable, but it’s more realistic.  And faithful to the original intent of Yeshua the Messiah, as He expressed His mission statement in Isaiah 61 and Luke 4.

“The urge to save humanity is all too often only a false face for the urge to rule it,” stated American journalist H.L. Mencken.
Yeshua is one of the only ones to whom this does not apply.  But it certainly applies to the vast majority of those claiming to represent Him in the last two thousand years.

Land Cannot Be Bought or Sold

Posted on March 24, 2013 by sleepless in turtle island 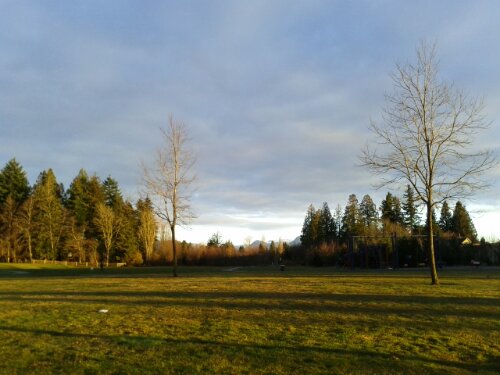 The land shall not be sold permanently,

For the land is Mine;

for you are strangers and sojourners with Me.

Indigenous peoples have been saying this all along: land cannot be bought or sold, just like the air and water.  But we f***ed up Westerners have never listened.  We are Hell-bent on commodifying EVERYTHING.  Anyone who gets in our way, such as First Nations, we kill or forcibly relocate.  We are on a suicide mission to take and rape Mother Nature in every possible way we can.  We Westerners fit the profile of the psychopath.

If I were God, I’d be tempted to wipe out the human race and give the planet to those who are worthier.

But here we are.  And the non-Western “Rest”, like the Chinese, Koreans, Phillipinos, and a few sell-out nontraditional First Nations, copy us Westerners in our quest for profit at all costs, even when it costs our own lives and the survival of the planet and the human race.

The land is the Creator’s, not yours!

Why Christian missions is wrong, why Christianity is a failed religion

Posted on February 27, 2013 by sleepless in turtle island

Evangelical missionaries are still marching all over the planet, spreading what they claim to be Jesus´ teachings.

Today, I just read an article about Christians heading into Tibet to convince the people there to convert: http://www.guardian.co.uk/world/2013/feb/21/going-undercover-christian-evangelists-tibet

I know.  I was one of them.  One of the starry eyed Evangelicals who are willing to sacrifice home and hearth to venture into unknown territories.  I went to all the local missions conferences I could go to.  I took a seminary degree in Cross-Cultural Ministries.  I jetted over to Asia and tried my hand at converting the natives.

There was a huge problem though.  The Evangelical missionaries and their supporters world-wide are promoting the wrong religion.

¨Wrong¨ in the sense that Jesus Himself would never have preached or sanctioned such a religion.  It is the complete opposite of what He taught.  It is a co-opted religion that turns the American Dream into spiritual reality.  It promotes Western rather than Biblical values.

Why are people worldwide turning to Christianity?  Because they love Yeshua the Messiah? No, but because they want to be like Americans.  They want a high paying job.  A huge SUV.  A beautiful house.  If the US can do it, and if it´s Christianity that is the reason for their success, then bring it on, people think.  Because the good Christian makes a great capitalist.  The core of Western Christianity is the same root of Western civilization: the love of money, i.e., personal gain.

Western Christianity is all about what we can get, and how good we can feel.  The ultimate in good feelings is to believe that God loves and forgives us.  We have a ticket to Heaven in our hot, little hands.  And when the shit hits the fan, and things start to collapse around the world, not to worry, Christ will rapture us into the sky, leaving behind all those sorry SOBs who have to put up with the Great Tribulation.

Christianity, at heart, is escapist.  It neglects, avoids, negates, ignores reality.  It´s a good drug to help us overcome our anxieties.  Christians drone on with the usual phrases: “Don´t worry, Jesus will take care of it all.  God´s will shall be done.  Things will work out.”

Despite the fact that the planet is dying, and we humans may only have a few decades before we´re wiped off the face of the earth.

Despite that fact that Fascism is taking over the West and other nations, as human rights are cancelled or simply and conveniently forgotten by the rich and powerful.

Despite the fact that if Jesus Himself were here, He´d damn well roll up His sleeves and do something about all the shit we´re in.

Christians are on the opposite team.  They oppose Jesus´ work.  They are working for dark forces that scheme to overcome people and nature, to turn everyone into a cog in the machine of Progress, of Development, of Mammon-Worship.

It´s called Babylon.  It started with Adam and Eve´s greed, continued with their firstborn´s murder of his younger brother and then followed with his establishment of cities that climaxed in Babel.  The latter morphed into Babylon, the System of control, that has been oppressing people for millenia.  And now we have the Great Harlot, the Western Capitalist System which woos the  masses of the world.

Not all Christians are in bed with Babylon.  I´m reading a book called Serve God, Save The Planet: A Christian Call to Action by Dr. J. Matthew Sleeth.  Sure, there are the faithful few who have remembered that their religion is not a tool for gain, but an opportunity to give.

And yet, most Christians are on the Gravy Train, pumping the American Dream, and worshipping a Christ who is a figment of their imaginations.

There´s always time to wake up, Christians and everyone else.  And the time is now.  Heed my words.

What I Love About Western Culture

Posted on February 23, 2013 by sleepless in turtle island

What I Hate About Western Culture

Posted on February 23, 2013 by sleepless in turtle island

The West My Model (a poem)

Posted on February 20, 2013 by sleepless in turtle island

Struggles of hell to pay

I am not alone

I am a symbol

My heart is cancer

But I speak well

Strewn across the countertop

The West my model

The West my love

Packaged, wrapped up, placed in,

The grip is hard

The relief is fleeting

Come away, my bride

For the last time

As the curtain draws to close

Are and can only ever be