Posted on February 23, 2012 by sleepless in turtle island 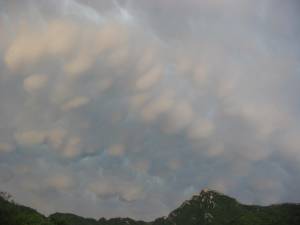 Awhile ago, I researched online about why Turtle Island people are leaving Christianity in droves, especially the youth.  For me, my decision to leave official North American Christendom, particularly the Evangelical strain which I grew up with for 3 decades, can be summarised like this:

• The Stephen Harper years, which we North Turtle Islanders are enduring now with grit teeth

• The George W. Bush years, which the South Turtles are still suffering from, despite the deceivingly ¨gentler¨ reign of Obama (¨iron fist in a velvet glove¨?)

• The Take-Over of Turtle Island by invading Europeans, especially the British, and the centuries of brutality against North American aboriginals

• The centuries of Christian-led oppression of Europe

• The absolute dreariness of many evangelical churches, especially the moralising sermons, the sappy music, the non-stop meetings and special events, the plastic smiles and attempts at Oscar nominations via Sunday foyer performances…well, you got to go and see it for yourself!

• The drug-like state that most evangelicals seem to be in. Meaning: evangelicals are fighting the wrong battles. Instead of being concerned about the things dear to Yahwehｴs heart, they have been trained by the US Republicans and Canadian Conservatives parties to passionately pursue the gods of Mammon and me-ism. Though I think Karl Marx hijacked the true Biblical faith to create his anti-God political philosophy, he was approaching the truth when he claimed that ¨religion is the opiate of the masses¨:

¨Religious suffering is, at one and the same time, the expression of real suffering and a protest against real suffering. Religion is the sigh of the oppressed creature, the heart of a heartless world, and the soul of soulless conditions. It is the opium of the people.

The abolition of religion as the illusory happiness of the people is the demand for their real happiness.

I think Marx was stating how people will suffer for their faith through fasting, penance, and other rituals to show their repentance or love for God, but at the same time ignore the real dangers of the society around them.

Exactly: evangelicals are in a dream-world, while the house is burning down around them. This is one of the themes of this blog. Stay tuned for more.

The list could go on and on, but I will not bore you anymore.

Here is a letter I emailed to Drew Dyck, the author of a book entitled Generation Ex-Christian: Why Young Adults Are Leaving the Faith… and How to Bring Them Back (check out http://drewdyck.com/book). I researched Dyck´s main reasons for this departure from the faith, and then wrote the following:

Hi Drew, I read an interview you gave and saw the 6 categories you wrote re: ex-Christians.  Perhaps you could add another category: the people who have either read or experienced Christian history, as in the ones who experienced horrible things at the hands of Christians.  Examples of this are: Jews, indigenous peoples such as North American First Nations or Australian aborigines, Vietnamese, Iraqis, Afghans, Zulu in South Africa, etc.  A typical Christian response to this is: oh, they weren´t real Christians, that is, they were not truly born again, not subscribing to the common Christian doctrines, not having a personal relationship to Jesus, not walking in the light, etc.  Vine Deloria Jr., in his book God is Red,  p. 282, stated that these people were in fact Christians, and were even cheered on as heroes, being honoured by Sunday School lessons and streets named after them.  ¨And if the exploiters of old were not Christians, why did not the true Christians rise up in defiance of the derogation of their religious heritage and faith?¨ (full quote at http://injesus.com/messages/content/177118)

So my point is, reading the Bible, esp the NT, and seeing it command us to love God and our neighbours, and yet seeing from early AD onward the majority of so-called Christians slaughtering each other and others, how can one not expect people to either leave the faith or never entertain the possibility of following Jesus?  For example, apart from Jesus appearing to Muslims in their dreams or wishing to emigrate to a Western country, why would an Iraqi or Afghani want to follow the religion of those who have invaded their country?  Why would a Canadian First Nations person want to believe in the same Jesus claimed by Stephen Harper, the Prime Minister who snubbed the native leaders who had travelled all the way to Ottawa to get some agreements which could relieve their peoplesｴ sufferings. [ADDED NOTE: this conference, where the First Nations leaders got little for their people from this cross-country journey, which happened around Jan 24/12.  Check it out: http://www.ammsa.com/publications/windspeaker/prime-minister-first-nations-singing-different-songbooks]

I myself, I wish to continue following Jesus, but I will increasingly seek Him out of the mainstream of North American Christianity, esp evangelicalism.  Will I go to church?  Sure, perhaps sometimes just to please others.  Will I seek true fellowship with some true believers who actually WILL stand up for oppressed peoples such as natives in North American and former/present European colonies, Iraqis, Afghanis, etc?  Yes, if I could find such people.  For I believe that the Bible is true.  So is Jesus.  And so is the Christian Church, perhaps up to the 2nd century AD.  Maybe there were some true believers who stood against oppression, esp in Christｴs name, over the last few centuries. But often, this saying is true of people calling themselves followers of Christ (including me in the past!):  ¨The name of God is blasphemed among the Gentiles because of you¨, an OT quote mentioned by the apostle Paul.  Many people would not leave or reject Christianity if it did in fact represent the Biblical picture of a faith that cares rather than hurts.

Thanks for your concern for His honour, brother,

There is a genuine faith found in the Scriptures. No, I´m not advocating a previous or new sect or cult within Christendom. What is possible is for people to take a step back, have a fresh look at the Bible, commit in their heart to follow the real Jesus rather than one cast in our own image, and then recreate movements outside the bounds of historic, Constantine-to-now Christianity. When I say movements, I don’t mean following me or anyone else, but establishing fresh groups-in-motion who will read the Holy Bible for what it really says about how to live in their particular society. Form small groups that meet in homes, restaurants, parks, slums, etc and follow the real Messiah, Yeshua the liberator of the human race. And stand for social justice, while of course taking good care of your family, yourself and others around you.

Book of Acts anyone?

More on this in later posts.

Hi, I´m Dimitri. I have lived in Turtle Island for awhile now, so my cultural understanding is slowly improving. Also, I can see things in this place that boggle my mind. Thus this blog...
View all posts by sleepless in turtle island →
This entry was posted in Uncategorized. Bookmark the permalink.