Posted on March 25, 2012 by sleepless in turtle island 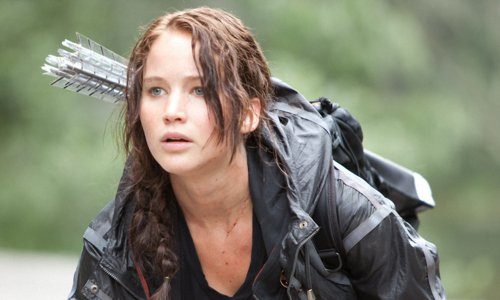 In China, there is a dangerous religion called Eastern Lightning. Some of its followers kidnap evangelical Christian pastors and other church leaders to brainwash and torture them, to force them to believe their ideas. They often kill their captives, or release them as victims, forever-scarred emotionally, mentally and physical. Strangely enough, the centre of their religion is a countryside woman, whom Eastern Lightning adherents claim is a re-incarnation of Jesus Christ. To them, she is the Messiah.

Katniss, the central focus of latest eye candy flick The Hunger Games, is another kind of Messiah, but she will not kidnap, torture or brainwash. Instead, she will save people, starting with her beloved younger sister Prim, who was originally chosen out of a name draw to represent their district as the female contender along with a teenaged male named Peeta. When her petrified sister´s name was called over the P.A. system, Katniss stepped up to the plate and became the Christ-like substitute to fight and perhaps die for her sister and the entire district.

The annual Hunger Games are a cross between Big Brother, Survivor, Gladiator, the Truman Show, Slumdog Millionaire and Rollerball. Within an empire that keeps its citizens hungry all the time in order to control them, a twisted form of Olympics challenge allows a male and a female teenaged representative from each district, 24 in total, to survive in a forest and fight all contenders until the death, with only one survivor. All this happens while the entire empire is cheering the contestants on in front of big screens in coliseums or their living rooms. Hidden cameras all over the woods beam the anxious waiting periods of desperate survival and sudden carnage into viewers´ homes. It is The Spectacle, the celebration of death, the ecstasy of seeing the survivalist hero, the last youth standing, crowned as the Killer Queen or King.

But just like Jim Carey´s Truman character in The Truman Show, Katniss has figured out the game and will not necessarily play along with it, much to the dismay of the empire´s head honcho President Snow, played by an aging yet still dapper Donald Sutherland. Katniss and her allies figure out a way to survive through teamwork. As she refuses to harm her partners and yet only kill to survive, Katniss and her fake BF Peeta emerge as victors. The underdogs have become the top dogs.

Katniss, like Neo in the first Matrix installment, finally believes in herself, although not as some sort of World Saviour. But she is the hero to TV fans, to her district, and especially her family and sister whom she saved.

A quick review of my other impressions: The cinematography was breathtaking and speedy, always keeping you on the edge of your seat, much like Denzel Washington´s Book of Eli did for me a couple years ago. The storytelling aspect was superb. Katniss, Peeta and all the other characters were well developed, especially a hilarious yet seriously spot-on Woody Harrelson as the winsome coach Haymitch. For all you survivalists out there, you´re going to pick up a few new ideas to make it through the upcoming Apocalypse 😉 And, oh yes, à la Jacques Ellul, the French law professor slash lay theologian, the movie was one big questioning of our own society´s worship of technology, state control and voyeuristic spectacle. While Katniss kicked some buttocks, the film itself booted our own ***es for voting for politicians through ballot-casting and corporations through our buying, viewing and surfing. The warning: wake up, as Rage Against The Machine and the Matrix screamed to you, your society is headed this way. The flick was a 6 am shot of Starbucks, or Tim Horton´s here in Canada, Upper Turtle Island.

The Hunger Games: 2 hours and 20 minutes well spent. I wasn´t sitting in the cinema saying, ¨Hey, what am I doing here? I could be getting something else accomplished!¨ No, I got the feeling I was going to bring a lot home with me. No regrets.

We´ve got a winner on our hands. Go, Katniss, go! Kick some more *** and we´ll see you next installment.

Lightning from the East, but without the evils that go along with it! Can´t wait to see what next you do for the people of Zion.