There are thousands upon thousands, I believe, who would follow the Messiah if they did not feel they could choose Him without choosing the Christian Churches.

Christians quickly answer back: “Christ is the Head, but we are the Body.  You can’t choose the head and not the body.”

Logically, it’s true.  However, what if we could prove that the Christian Churches, whether Catholic, Orthodox, Protestant, Evangelical, Pentecostal, Charismatic, Liberal, or the multitude of sects, are not what the Sacred Scriptures (A.K.A., the Holy Bible) mentions as the Body of Christ?

If you do your research, you’ll find there is plenty of evidence showing that Western Christians and their cohorts around the world are anything but following the Scriptures.

34 Hearing that Jesus had silenced the Sadducees, the Pharisees got together. 35 One of them, an expert in the law, tested him with this question: 36 “Teacher, which is the greatest commandment in the Law?”

First, read history.  Check out American Holocaust: The Conquest of the New World by Professor of American Studies at the University of Hawaii David E. Stannard.  This book shows how the early Puritan settlers and the following waves of Christians immigrating to the North American continent committed world history’s hugest genocide from Columbus’ landing in 1492 until the present.  There are plenty of other original material sources, magazine articles, webpages, books and lectures backing up this claim of genocide committed by Europeans invading the Americas.

Second, look around you.  Who is supporting the most evil political candidates, ones who send the young people to kill so-called enemies in Afghanistan, Iraq, and other lands?  Who loves riches (read: capitalism), fame and political/social power more than the Christians?  They love Mammon, the god of money, not the Father, the Creator of the universe.  And loving their neighbours?  What a joke!  There has rarely been seen upon earth a group of people who hate others more than Christians.  They target for their Hate List the Muslims, Native Americans/First Nations, Asians, gays, pro-choicers, climate control warners, socialists, etc.  They even hate each other with a passion.

This research is not a one day thing.  It took me decades to figure this out.  Why?  Because I was deep, deep in the Evangelical Camp.  I believed in the Rapture, the sudden escape of all evangelicals from Planet Earth when things start getting ugly down here.  I mistrusted Muslims, looked down on gays, suspected indigenous people of “Animism” (a racist term for localised, tribal religions), feared socialists, etc.  I absorbed this twisted worldview with every sermon I heard, every Christian book I read, every conversation I had with other believers, every web page I surfed.

But after this long journey, I have finally escaped from the ideology of the Evangelicals.  Yes, I still follow the Sacred Scriptures.  I trust in Yeshua (Jesus) to rescue me from my own Hell-bent nature and habits, and expect to be with Him after I pass on.

I realise that the Christians do NOT represent the Messiah.  They are fakes, frauds, impostors.  They pretend to follow Yeshua, but deny Him in their beliefs and deeds .  Instead of peace, they love war.  Instead of loving those who disagree, they marginalise and persecute them.  All while claiming that THEY THEMSELVES are the ones being persecuted.

Christians have hijacked the faith of Yeshua, and turned His teachings into their justification for war, genocide, theft the land belonging to the Native Americans / First Nations, love of money and power, broken promises to indigenous peoples, support for one of the most genocidal groups of warmongers the planet has ever seen, the state of Israel.  Christians are behind the continued promotion of gun ownership and the sale of weapons, even to young people.

The Christians have turned everything Yeshua, the prophets and apostles ever stood for, and have turned it into Fascism.  This process began with the Roman Emperor Constantine and continues until today.  The State and the Christians are in bed, and have joined forces to destroy their opponents.  The Christians are also sleeping with the major corporations who are oppressing people at home and abroad.

Apart from a few Liberal Protestants and even fewer socially minded Evangelicals, Catholics and Orthodox, most Christians are supporting the increasing Fascism of our times.  So when you join Christianity, you join Fascism.

And what is Fascism?

Fascist regimes tend to make constant use of patriotic mottoes, slogans, symbols, songs, and other paraphernalia. Flags are seen everywhere, as are flag symbols on clothing and in public displays.

Disdain for the Recognition of Human Rights

Because of fear of enemies and the need for security, the people in fascist regimes are persuaded that human rights can be ignored in certain cases because of “need.” The people tend to look the other way or even approve of torture, summary executions, assassinations, long incarcerations of prisoners, etc.

Identification of Enemies/Scapegoats as a Unifying Cause

The people are rallied into a unifying patriotic frenzy over the need to eliminate a perceived common threat or foe: racial , ethnic or religious minorities; liberals; communists; socialists, terrorists, etc.

Supremacy of the Military

Even when there are widespread domestic problems, the military is given a disproportionate amount of government funding, and the domestic agenda is neglected. Soldiers and military service are glamorized.

The governments of fascist nations tend to be almost exclusively male-dominated. Under fascist regimes, traditional gender roles are made more rigid. Opposition to abortion is high, as is homophobia and anti-gay legislation and national policy.

Fear is used as a motivational tool by the government over the masses.

Religion and Government are Intertwined

Governments in fascist nations tend to use the most common religion in the nation as a tool to manipulate public opinion. Religious rhetoric and terminology is common from government leaders, even when the major tenets of the religion are diametrically opposed to the government’s policies or actions.

The industrial and business aristocracy of a fascist nation often are the ones who put the government leaders into power, creating a mutually beneficial business/government relationship and power elite.

Because the organizing power of labor is the only real threat to a fascist government, labor unions are either eliminated entirely, or are severely suppressed .

Disdain for Intellectuals and the Arts

Fascist nations tend to promote and tolerate open hostility to higher education, and academia. It is not uncommon for professors and other academics to be censored or even arrested. Free expression in the arts is openly attacked, and governments often refuse to fund the arts.

Obsession with Crime and Punishment

Under fascist regimes, the police are given almost limitless power to enforce laws. The people are often willing to overlook police abuses and even forego civil liberties in the name of patriotism. There is often a national police force with virtually unlimited power in fascist nations.

Fascist regimes almost always are governed by groups of friends and associates who appoint each other to government positions and use governmental power and authority to protect their friends from accountability. It is not uncommon in fascist regimes for national resources and even treasures to be appropriated or even outright stolen by government leaders.

Sometimes elections in fascist nations are a complete sham. Other times elections are manipulated by smear campaigns against or even assassination of opposition candidates, use of legislation to control voting numbers or political district boundaries, and manipulation of the media. Fascist nations also typically use their judiciaries to manipulate or control elections.

Look at Turtle Island (North America).  Look at Stephen Harper and his Neo-Conservatives running Canada.  Look at both the lying parties of Republican and Democrat in the U.S.  Supported firmly and largely by Christians.  And very very Fascist!

Hear are some voices that agree with this stance:

In conclusion, you all need to do a lot of research to figure all of this out.  It takes time.

But it’s worth the time.

May the Creator be with you on your journey! 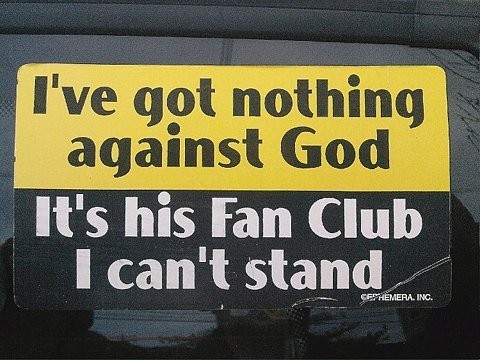 Hi, I´m Dimitri. I have lived in Turtle Island for awhile now, so my cultural understanding is slowly improving. Also, I can see things in this place that boggle my mind. Thus this blog...
View all posts by sleepless in turtle island →
This entry was posted in Uncategorized and tagged Catholics, Christian Fascism, Church, Evangelicals, Fascism, Jesus Christ, Messiah, Orthodox, Yeshua the Messiah. Bookmark the permalink.

2 Responses to Follow the Messiah and Not the Church