A Message to All Western “Persecution Industry” Orgs

Posted on August 7, 2012 by sleepless in turtle island

Before I quote my own email from a few years ago, I don’t think ANYONE from ANY RELIGION should PERSECUTE OTHERS.  If you do, you’re an ***hole, and I stand 100% against you.  You’re probably going to get thrown into Hell on Judgment Day.  Don’t get to smug, Christians, or even Messianic Liberationists like myself, coz THAT MEANS YOU TOO!

The Creator calls all people to be NON-VIOLENT, and that also includes words and actions.  We can’t oppress others and get away with it.

“Vengeance is Mine; I will repay”, the LORD has said.  So get ready for a huge Ass Whopping if you abuse, oppress or persecute others.

Having said that, some Westerners have been living off the misfortune of others by building extensive “Persecution Awareness” organisations.  When I began to follow Yeshua in the early 80s, I used to appreciate what they were saying.  Then, over the years, more and more orgs have risen up.  And I have discovered that sometimes their mouths, as the music group Chumbawaba once sang, are full of Horse DooDoo.

You don’t think that some believers and missionaries are actually CIA Ops?  Sure, there must be some out there.  And why are locals suspicious?  Because the Christians around the world, instead of taking the Sacred Scriptures and their faith in Yeshua and re-inventing a new religion to match their culture, have turned into Pro-Western Stooges.  Now, in nations that are increasingly Westernising, such as in China recently, converting to Christianity may be “cool” and in fashion.  But really, people are losing their culture the more Western they become.  This is alarming. 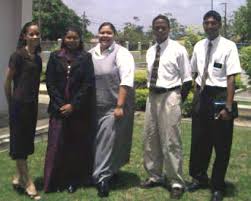 Yeshua did not call people to go around the world to produce a bunch of Western Wannabes.  He said “Go and make DISCIPLES of all nations”.  “Disciple” means learners, people who learn how to obey the Sacred Scriptures, not how to become Bigoted American Christian Right Wingers.  But that’s what’s been happening.  Sure, the Christians of other lands often look kind and sweet, but the bottom line is that for many, their allegiance is to the West, not to the Messiah, nor to their own fellow countrymen.

And that’s why they seem different, and that’s often why they get persecuted.  Not necessarily for Yeshua or for “the Cross”, as they claim.

Christians, missionaries, don’t hate me now.  I was one of you.  I went across cultural barriers to bring the so-called “Good News”, hoping that people would pray the “Sinner’s Prayer” with me and convert to Western Christianity.  I did it here in Canada, and I did it overseas.

In fact, many “converts” are what we call “Rice Christians”, that is, people who are in it just to get a benefit for themselves and their families.  Even Westerners here in Turtle Island (Canada & the US) are like this, but maybe you could call us “Starbucks Christians” or “Tim Hortons Christians”.  In it for ourselves only, not in it for the glory of Yahweh.

Well, it’s no wonder that these Western half-breeds who look so weird to their own compatriots end up getting persecuted.  Then it’s reported to us via the Persecution Industry mouthpieces.  And then we Westerners get angry, and call on our own local politicians to put pressure on China, India, Pakistan, Vietnam, Myanmar, or whatever nation it might be.

The Persecution Industry orgs make money, the Western Christians feel they have defended their “brethren” overseas, and the Right Wing or Liberal politicians are glad they’ll get the Christian vote in the next election.

Wussai!  Why don’t we really follow the Messiah, and preach His TRUE MESSAGE around the world.  And the converts will be completely “into” their own cultures and opposed to Western Christianity.  They will be a bless and benefit to their home cultures and countries, not a pain in the ass.  And no one will look up to the White Man for guidance.  Sorry, folks, this day is over.

Even though I’m white, I’m no prophet, guru, apostle or Honourable Leader.  I’m just another Cracker trying to survive another day on the planet.  And I’m totally against Western Culture.  Call me a traitor, call me a bigot against my own culture, call me anything but late for dinner, I don’t care.  But the Truth is the Truth, and I’m tired of this BullShart that Westerners have believed themselves, then foisted on people around the globe.  STOP IT ALREADY!  People don’t wanna believe your crap anymore!

We promote the Messiah and His death and resurrection in its simplicity.  Screw the West; we’re a bunch of losers!  Yeshua was an Eastern Man, and let’s promote Him as such.

I’m proud of my white skin, and my Norwegian heritage, but I’m just a drop in the bucket in a word full of millions of cultures.  Be proud of your skin, whether Black, Brown, Golden, White, Purple, whatever.  Be proud of your culture.  Don’t ever let anyone put you down.

Now, back to the Persecution BS Industry.  Here’s the letter I wrote to the Western Persecution Awareness groups back in 2007:

This is a comment I wrote to a Persecution-Awareness ministry that often highlights so-called persecuted Christians in other countries:

First, I really appreciate your ministry, and how you bring the plight of overseas persecuted Christians into the spotlight of Western Christians.  It is a very valuable ministry for Christians in, for example, Canada.

But there is one thing that concerns me, if you’d allow me to say it from an open and loving heart.  For example, I’ve just done a Google search on “Pray for [name that country]”.  What I end up getting are a lot of pages regarding the Persecuted Christians of Whatever Country.  Now, I have recently returned from living overseas for 6+ years.  Yes, I have known people to have been bullied and even jailed by the authorities.

The problem with all this persecution publicity regarding other nations and other nations is that ALL THE WESTERNER CAN SEE IS PERSECUTION.  But persecution is only one small part of the entire picture of the Church or of Christian-government relations.  But for the Web-surfing Westerner, all they can see is China’s bad points, without realising that, for example, China and other countries has vastly improved its treatment of believers over the past few years.  And, besides government-Christian relations, there is a whole range of other relationships and issues that are affecting the spiritual climate, the Church, and individual Christians.  But these issues are rarely featured in Western media, mostly just the persecution.

So my point is, it seems ministries like yours have become OVERLY SUCCESSFUL.  For example, a missions-minded friend of mine prays every day for the “Persecuted Church”.  It kind of shocked and grieved me at the same time to hear that the only portrayal of churches and Christians in overseas nations is one of constantly being harrassed by the authorities.

My friends, this is only one part of the picture, which I’m sure you realise.  But it’s the most common view that Canadian Christians seem to have.  And I fear that this can lead to an overly negative view of foreign governments, and a neglecting to see the beauty and growth of churches in poor countries.  I can see this in the ignorant attitude of Canadians towards China.  All they see is the bad side.  Well, with my own eyes, I saw revival in China.  And their Christians often put us to shame, and have MORE FREEDOM to share good news in schools, restaurants, parks, and other venues.  The Good News is spreading, and often the authorities are IN FAVOUR, knowing that the Christians are good people who do good for society.

So I’m concerned that too much awareness of one aspect of poorer nations gets turned into Western bigotry, and ends up influencing the way Westerners interact with people, especially governments and Christians, of these lands.  A good thing gets distorted.  And I don’t know, perhaps the US and other Western governments are supporting human rights watch groups as they scrutinise China and other lands, but neglect to see how we ourselves are continuing to marginalise our indigineous and immigrant peoples.  Is persecution awareness functioning as a political tool for Canadian, US and other Western governments?  Is it pushing public opinion in one direction, affecting not only how we pray, but also how we view and deal with other nations?

I have been researching First Nations issues in Vancouver, Canada, and it also seems that Canadian Christians and churches have quite the paternalistic and neo-colonial view of aboriginals and their churches here.  Perhaps your ministry can start highlighting how Caucasian Christians and authorities in Canada and the US are mistreating our North American First Nations and immigrants, and call on the churches to repent.  The log in our own eye must also be dealt with, rather than only seeing the speck in the eyes of non-Westerners.

Thanks for reading this.

Before I go, I just want to quote a fellow Blogger here:

Go into all the world and Westernize it!

Writing of the Puritan era, David Bosch (Transforming Mission) spoke of a rather disturbing idea that was beginning to develop:
Cultural uplift as an aim of mission was still relatively undeveloped . . . . Western Christians believed that their culture was superior to those of non-Western nations, but they did not isolate cultural uplift as a goal of mission.  It was simply assumed that the people would live a better life once God’s rule was established over their respective societies.  In John  Eliot’s words, it was “absolutely necessary to carry on civility with religion”.

In the generations that followed however . . .

Some decades later Cotton Mather would formulate it even less unequivocally,“The best thing we can do for our Indians is to Anglicize them”.  In the subsequent period . . . this view would sometimes be so dominant that it was hard to distinguish between mission and “Westernization.”

How about now? What is the difference between the way you engage in mission and the practice of “Westernizing” or “Americanizing” others? Can you imagine the gospel lived out in non-Western forms? Do you think that is still the gospel? Is cultural uplift an legitimate aim of mission?

Well there you have it.  Take a stand against the Evangelical “Persecution” Cry-my-eyes-out-woah-is-me Orgs.  Sure, oppose persecution, of anyone, from any religion.  Defend the Christians.  At the same time, defend the Muslims, the Buddhists, the Sikhs, the Jews, the Bahaiis, the Mormons, the atheists, the agnostics.  Let everyone have the freedom to believe whatever the Hades they want.  That’s not our business.  Pay attention to your own self first.

Love your neighbour, regardless of their creed.  And hey, they might just love you back!

Hi, I´m Dimitri. I have lived in Turtle Island for awhile now, so my cultural understanding is slowly improving. Also, I can see things in this place that boggle my mind. Thus this blog...
View all posts by sleepless in turtle island →
This entry was posted in Uncategorized and tagged Cotton Mather, cultural awareness, David Bosch, Evangelicals, missionaries, Persecution of Christians, Rice Christians, Western Persecution Industry. Bookmark the permalink.