Posted on November 3, 2012 by sleepless in turtle island

. . . except those blessed CEOs on the golf course.

Here we go, another original blogpost:

Today our Canadian Sell-Out to China Moment begins with the starting of the  Canada-China Foreign Investment Promotion and Protection Agreement (FIPA) which many Canadians, including myself, adamantly oppose.  Not that I don’t like China. In fact, I love China, because it is a place full of many wonderful people.  I thoroughly enjoyed working there for a few years, and I now work with Chinese people every day in my current job.

However, the Canada-China FIPA gives away our nation’s sovereignty to China, and giving this precious commodity to any foreign nation is .  Plus, this agreement gives our hundreds of Canadian mining companies the opportunity to abuse Chinese mining workers.  Workers and citizens rights are equally important, in both countries. 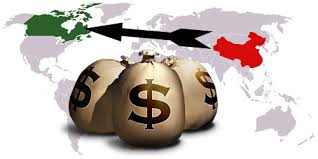 I’ve copied here an excellent synthesis of the Canada-China FIPA’s drawbacks from the Financial Post’s Diane Francis, reworded by me:

Check out Gus Van Harten’s article in the Vancouver Province and also his CBC radio interview.

And check out this awesome video:

Yours for sticking it to Harper and his Conservative Fascists,