Posted on November 17, 2012 by sleepless in turtle island 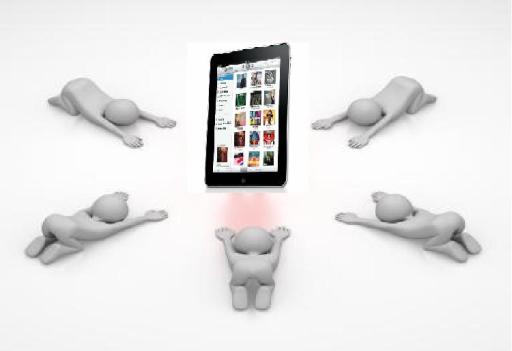 Currently, nature has been completely desecrated and we consider technology as something sacred . . .

What is sacred in one society is not always sacred in another. But people have always respected sacred matters. And if there was a force which destroyed those sacred matters, those elements regarded as sacred in certain society, then this new force was revered and respected by the people. For it was clearly stronger. So there was a new thing that was more sacred than the old one.

What is now so awful in our society is that technology has destroyed everything which people ever considered sacred. For example, nature. People have voluntarily moved to an acceptance of technology as something sacred. That is really awful. In the past, the sacred things always derived from nature. Currently, nature has been completely desecrated and we consider technology as something sacred. Think, for example, on the fuss whenever a demonstration is held. Everyone is then always very shocked if a car is set on fire. For then a sacred object is destroyed.

Because of our technology, we now have a world in which the situation of mankind has totally changed. What I mean by that is: mankind in the technological world is prepared to give up his independence in exchange for all kinds of facilities and in exchange for consumer products and a certain security. In short, in exchange for a package of welfare provisions offered to him by society.

As I was thinking about that I couldn’t help recalling the story in the Bible about Esau and the lentil broth. Esau, who is hungry, is prepared to give up the blessings and promise of God in exchange for some lentil broth. In the same way, modern people are prepared to give up their independence in exchange for some technological lentils. The point is simply that Esau made an extremely unfavourable exchange and that the person who gives up his position of independence lets himself be badly duped too, by the technological society. It boils down to the fact that he gives up his independence in exchange for a number of lies. He doesn’t realise that he is manipulated in his choice. That he is changed internally by advertisements, by the media and so on. And when you think that manipulator, the author of advertisements or propaganda is himself manipulated, then you cannot point to one culprit as being responsible. It is neither the advertiser nor his poor public. We are all responsible, to the same extent.

The next generation brainwashed into our Technoworship

As the Sacred Scriptures say, f*ed up humans worship, not the Creator, but what we ourselves have created.  In essence, we worship ourselves.  “Progress” and “growth” are just buzz-words for worshipping in the mirror, and pretending we’re doing something constructive for humanity when we’re really not.

Hi, I´m Dimitri. I have lived in Turtle Island for awhile now, so my cultural understanding is slowly improving. Also, I can see things in this place that boggle my mind. Thus this blog...
View all posts by sleepless in turtle island →
This entry was posted in Pro-Simplicity/Generoicity, Anti-Materialism/Commercialism, Technology, Wise Advice - Although I'm Not Too Wise and tagged Chinese factory worker, iPad 5, Jacques Ellul, technology, Technoworship, Techo-Idolatry, The Betrayal By Technology, worshipping the work of our own hands. Bookmark the permalink.